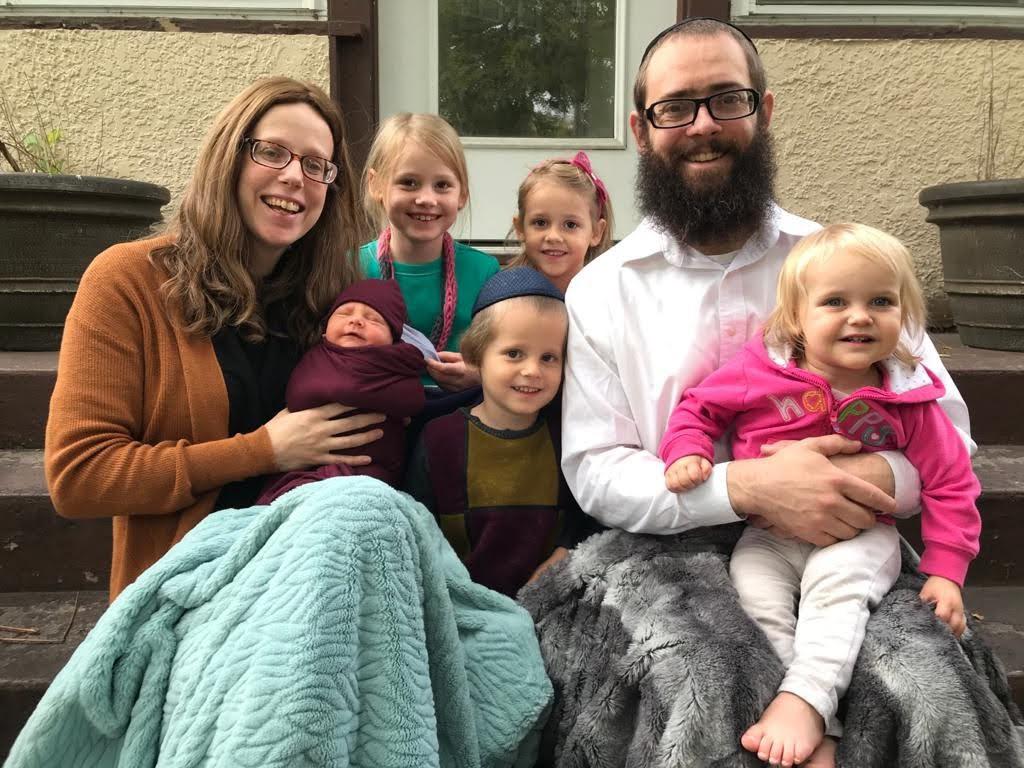 Living in California, Chicago or New York I don’t think I ever imagined that one day my family and I would be busy traveling the country’s 19th largest state, bringing Torah to North Dakota’s 1,000 Jewish residents.  But life is full of surprises and I have definitely encountered more than my fair share since I arrived in Fargo in 2010.

The seeds for my life here were actually sown two years earlier. When Chabad shluchim Rabbi Gavriel and Rivky Holzberg were murdered in a horrific terror attack,  I was studying accounting at the time, and I couldn’t help but wonder what that terrible turn of events meant to me on a personal level and how it should impact my life.  After mulling it over, I decided that I needed to follow in the Holzberg’s footsteps by becoming a resource for a community that was Jewishly underserved.

That decision had all sorts of ramifications for me.  I made it clear when I was dating that my dream was to bring Jews in remote areas closer to yiddishkeit.  Baruch Hashem, my wife Esti was totally on board with that plan.  We started our married life living in New York, but when I got an offer to work as a mashgiach at a Meal Mart plant in North Dakota, it seemed like the opportunity of a lifetime, and we jumped at the chance to kick start yiddishkeit in one of only three states in the country that had no Chabad center of its own at that time.

While North Dakota was very much a spiritual wilderness as far as yiddishkeit was concerned, it actually had a Jewish history dating back well over 100 years.  Jews were among the many settlers who planted roots squarely in the middle of the United States under the Homestead Act of 1862. Rabbi Binyamin Papermaster was renowned for devoting 45 years of his life to serving North Dakota’s limited Jewish population until his death in 1934. But as time went by, any sparks of religious observance faded away, and while Chabad in New York had been sending bochurim to North Dakota for at least 40 years, having an established presence in the state was a major milestone.

Esti and I were very much aware that we had our work cut out for us.  I realized very early on that even if you look for Jewish sounding names, the only way to meet yidden was to come out and ask “Excuse me, are you Jewish?” because there just aren’t that many Jews here.

Right now, school for my five kids means being taught by a post-seminary girl who stays with us and I have been giving shiurim over Zoom since long before most of the world even knew what Zoom was.  The nearest kosher food is four hours away in either Winnipeg or the twin cities of Minneapolis-St. Paul. We always make sure to have others in mind when we place an order every few months.  There are no pizza stores to take the kids, no minyan and no brick and mortar school, but our children have a strong sense of identity and mission, a tradeoff that is more than worthwhile.

And the stories? After 11 years here, you can bet there are stories…

One night I was coming home from work at the meat packing plant in a taxi, and of course, my driver Bob and I were schmoozing it up. I told Bob I was a rabbi and I was speechless when he told me that he hadn’t kept kosher since he left the army.  It had never even once entered my mind that Bob even knew what a Jew was, let alone was Jewish himself, and while I never thought I would be happy to hear someone say that they stopped keeping kosher, I was thrilled to find a yid out in North Dakota.  Bob and I kept in touch and he told me that he used to be a contractor, but gave it up due to injuries to his arms that dated back to his army days that made it too hard to do that kind of work.  Eventually Bob started putting on tefillin, but only on his head since his arm hurt too much to put on his shel yad, and I told him to just keep it up, because at least he was putting on a shel rosh.

But then one day, Bob surprised me yet again, calling me to ask how to put on his tefillin shel yad. Given his history of arm pain, I was curious about the unexpected change and he explained that he was going back to work at a construction site, a job that required him to carry assorted materials.  Bob reasoned that if he could use his arm for work, then he could certainly use that same arm to put on tefillinas well. While he has since moved out of North Dakota, to the best of my knowledge Bob still puts on tefillin every day.

Avi and I used to talk a lot about the fighting that had been going on in Israel at a particular time and for whatever reason, he was convinced that Jews in Israel were doing terrible things.  That idea disturbed Avi so much that he felt like he didn’t want to be Jewish anymore.

What’s a shaliach to do when they hear something like that?

I asked Avi if he had tefillin and told him that tefillin has the ability to bring peace in the Holy Land.  Avi decided to start putting on tefillin which ended up being a turning point in his life.  He is now shomer Shabbos and working his way towards other mitzvos as well.

I would love to say that I knew what to tell Avi because I have ruach hakodesh, but I don’t.  I definitely wasn’t lying to him - doing mitzvos always helps and the Rebbe taught us that a yid needs to do a mitzvah. Baruch Hashem, one mitzvah led to another and that was exactly what his neshama needed.

Yomim Tovim always involve a lot of coordination no matter where you live, but out here in North Dakota, our celebrations can be different than what you might see in a lot of places.  Succos typically involves loading up a succah onto the back of a flatbed truck and driving it around to various locations over Chol Hamoed. Then of course there are pre-Pesach matzah deliveries and more.  Purim being only one day long,  is definitely tougher to work out and our first Purim here was definitely memorable.

A group of bochurim had come from Postville, Iowa to help me and ensure that there would be a reading of Megillas Esther in every Jewish community in the state. We split up into groups and I headed to Bismarck with Shmuli, who didn’t have a driver’s license, but had a learner’s permit. I figured it was the ideal arrangement. Shmuli could log some solid driving experience on North Dakota’s flat open roads, while I could catch a much-needed nap during the nearly 200 mile-long trip.

It was a win-win situation until the car ran out of gas, leaving Shmuli and me stranded on the side of the road, somewhere in the middle of nowhere.  I didn’t have the faintest idea where the nearest gas station was, so I did what a yid does when they are completely out of options. I uttered a short tefillah to the Aybishter saying that maybe it was my fault that we ran out of gas, but if the yidden in Bismarck were going to hear the megillah, we needed some help to make it there.

When I finished davening, I did my hishtadlus, sticking my hand out and waiting for someone to stop and help us.  The first car to pass by just kept on going.  But the second car stopped and when I explained our predicament, the driver of the pickup truck told me it was my lucky day - pointing to the auxiliary gas tank on the back of his vehicle. In no time at all, he had us gassed up and we made it to Bismarck in time to read the megillah.

You can imagine that Chanukahs in North Dakota are more than a little cold, but this story that happened in 2020 can definitely warm the heart.

I was putting up a large menorah in front of the Chabad House and there was this guy who came over and was watching me.  I certainly wasn’t going to pass up an opportunity to miss a good chabad moment, so I launched into my whole shpiel about the menorah until my visitor stopped me.

“I know what a menorah is,” he said. “I’m Jewish. My name is Moishe, Moishe Goldberg.”

It was another one of those unexpected moments. What made it even more surprising was when he told me he lived right down the block.  Moishe and I became friends and when Rosh Hashana rolled around, he came and davened with us.  He was back again on Succos, making a bracha on the lulav and esrog. Moishe recently joined us for a Shabbos seudah, his first Shabbos meal in over 30 years.

It just goes to show you that it’s the small interactions that make a difference.  You can’t just go up to someone and tell them to change their life and become frum.  But you can get them to do one mitzvah, and then another, and another, and eventually they change their lives on their own.

Esti and I feel privileged to have attended two kosher weddings in North Dakota, drawing renewed energy from participating in simchas that we helped facilitate.  It is a joy to be here, although it’s not always easy, but being able to see people who have been impacted by our presence in North Dakota and being able to share in their happy occasions makes it all worthwhile.