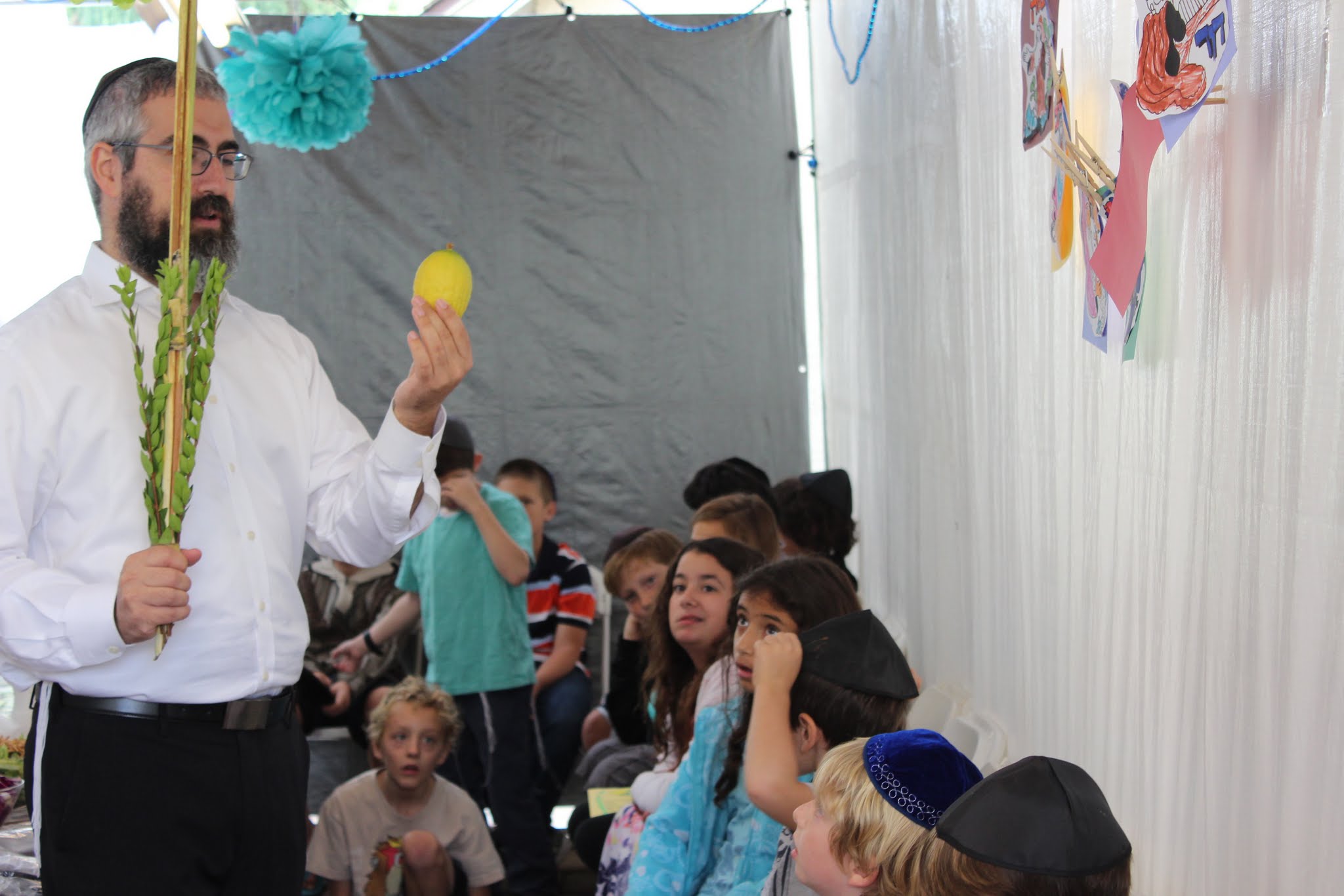 I was trying to get comfortable in my plane seat, which is not an easy task for a woman eight months into her first pregnancy. I took stock of the events that led up to this cross-country trip, which would take my husband Choni and me to our new shlichus location in California. We were eagerly anticipating our new venture. Nervous? Well, yes, a bit - especially since we hadn’t given the moving company a delivery address for our belongings. No, it wasn’t that we weren’t prepared - simply put, we didn’t have an address yet. But we had three weeks to sign a lease, and our determination (coupled with a lot of trust) would carry us through!

It all began with our dedication to living the life of shlichus. It took center stage in our dreams, plans, and shidduch conversations. It was not a question of if, but where?

We were married in 1997, and a year and a half later, we began seriously looking for a shlichus location with no significant fundraising or backing. My husband traveled to California to attend a wedding and met Rabbi Yehoshua Gordon OBM, head shliach of the Valley. He agreed that there were several cities in the area that might be good choices. So we drove through the San Clarita Valley, passing through Valencia, one of its four neighborhoods. It’s well-known for the Magic Mountain at Six Flags, but it didn’t strike us as very magical at all.

Later, I found out that MapQuest, the GPS we were using, had taken us to the lower-class section of the city. I don’t quite know what about it made my husband turn to say to me, “This could be it,” – other than the fact that our idea of magic was to ignite a Jewish soul at any location.

Valencia begins where greater Los Angeles ends. There isn't one Jewish neighborhood. Instead, the Jews are spread out across the city, which - contrary to the MapQuest experience - turned out to be quite a beautiful place.

Rabbi Gordon gave us his blessing, informing us that the only contract that binds the Shluchim of the Valley was “shalom”, a peaceful community of allies armed with the love of a fellow Jew. Kindly, Rabbi Gordon gave us more than just his blessings. While we were getting settled, he welcomed us into his Chabad House shul building, which had a bedroom at the back.

We had to get to work right away. We’d arrived at the end of the summer, and Rosh Hashanah was right around the corner. What better place to hold the first Chabad services than the under-construction up-and-coming new Hyatt hotel, the tallest building in the Valley? It was a great idea, but it came with its own challenges. The building might not be ready by Rosh Rosh HaShanah, and we had no idea how many seats or kiddush food to prepare. And, most unpredictably, our baby was due on Rosh Hashanah day.

But, in the shlichus spirit, we made reservations and put an advertisement in a local newspaper offering free high holiday services at the brand new Hyatt. We expected a small crowd for our first event between some responses to the ad and word of mouth.

Nothing could have prepared us for the three hundred people who showed up! Our religious style of clothes didn’t seem to scare anyone away. Maybe the draw was the fancy new hotel, but, overjoyed, we preferred to see it as a sign that Valencia Jews were ready and eager for a new era in the San Clarita Valley.

Rosh HaShanah was beautiful. The people enjoyed the excellent food and services, and some joined us after the kiddush, where we ate our Yom Tov meal. It was just the right way to start a new year - and to welcome a new baby, born just a few days later! Some people left their names and numbers after Yom Tov, becoming our first regulars.

We found driving around to be a great way to discover new Jewish families to reach out to, seeking out the doors with a mezuzah and recording addresses. We hung out in the supermarket’s kosher aisle, trying to start up conversations with Jews. We knocked on doors before Chanukah to give out menorahs. We invited people into our tiny home for classes—anything and everything to meet Jews and get them involved. A community was forming, and so was the need for a location to hold programs.

It wasn’t permanent, but at first, we rented a storefront four miles from our house. It was all we could afford at the time. The summer heat could climb between 105 and 110 degrees, and my husband had to walk back and forth to the shul in Shabbos clothes. A couple driving down the street saw him, kapote and all, and the man turned to his wife and said, “You know, those are the real Jews.” After Shabbos, he looked up our number and contacted us. Today, he’s one of our regulars. It’s uplifting to know that just being out there, dressed as a Jew, can be enough to ignite a Jewish soul. It was well worth the chance of heatstroke!

One man in town had friends that often visited Chabad. But, unfortunately, these friends told us he wouldn’t join them. “He likes the music in the non-orthodox shul and isn’t really interested in anything Orthodox,” they explained. We tried to reach out to him, but to no avail. Then, one day, he suddenly showed up at Chabad. We welcomed him but asked him why the change.

“I own a house in Oxnard near the ocean. Friday night, I was walking my dog on the beachfront and saw a couple of young men wearing suits and black hats. Surprised to see them there, I called out, Shabbat Shalom. What are you doing here?

They replied, Shabbat Shalom. Are you Jewish?

Great! It’s great to meet you! Could you join us at shul tomorrow? We need a minyan, they explained.

“I don’t really know why I agreed,” the man then told us, finishing his story. “It’s an hour’s walk.”

When he arrived at the shul, nine Jews embraced him, giving him a hero’s welcome! He had never experienced such a joyful greeting. Nine men he’d hardly met treated him like an instant celebrity. He was invited again for the Sunday morning minyan and greeted like a beloved old friend. This show of solidarity between Jews was so moving to him, and he wanted to experience more of the community that valued the minyan. So, with his friends already attending Chabad, he began coming to our shul in Valencia. Soon, he bought a pair of tefillin and even became Shabbos observant in due time.

A big part of our shlichus is driving. Some of our children need to be driven an hour and a half each way to Cheder in Los Angeles every single day. Despite this extra burden, we have committed ourselves to do whatever it takes. As a result, our children will never miss a classmate’s bar or bas mitzvah, or a school program. We once talked about why it was so important to us to make these long drives. “One can see the positive in anything,”my husband told me. “The Rebbe Rashab said to dedicate a half-hour each day thinking about the educational needs of our children, and those long drives are the perfect time to do that!”

We were at the storefront for twenty years before we found a property. It was a preschool that went out of business. It was perfect - only a block away from our house, and it came with plenty of outdoor land and space to build. The owner sent an agent to show us the property. Of course, first things’ first: we asked him, right away, if he was Jewish, and he replied, “Yes! I grew up on Nostrand Avenue in Brooklyn.” Upon my next question, he told us that his family was impoverished and could not afford to purchase tefillin. So, the first event we held at our future Chabad House was his bar mitzvah. We then got in touch with the local shliach in his hometown and introduced them to each other.

Our community went above and beyond to help us purchase the property, but we were still short a significant amount. My husband flew to the Ohel and davened. When he returned, a non-Jewish man attended a lunch’n learn and asked my husband to affix a mezuzah to his door. He tried to explain that it wasn’t his responsibility, but he insisted, so we asked Rabbinic authority for advice. After being given permission - with the requirement that he remembered not to recite the bocha - they hung the mezuzah and chatted a bit. My husband mentioned our financial stress. Soon after, the man surprised us with a large donation, as thanks for our help. It would have taken us a lot longer to get settled if it weren’t for his generosity and kindness!

Now, we had plenty of space for our summer camp. One day, mid-summer, a nearby woman came to the front door and said that the music was blasting. We were worried. What’s a camp without music? But instead of complaining, the woman’s eyes lit up, and she told us, “I was listening to the lyrics and heard I’m a Jew, and I’m proud. I was born a Jew. So I googled the song, and now I play it at home all the time. Thank you!” My husband smiled and took her information. That Rosh Hashanah, our son-in-law, went to this woman’s home to blow the shofar for her. When he was done, he heard someone’s voice calling out, “A shofar! a real shofar!” It was a woman who lived two doors down. He followed the voice of a Jewish mother with three children. The shofar blowing significantly moved them, and since then, they've been coming to shul and getting more involved in Jewish life.

We’ve come a long way from driving aimlessly through the city in search of mezuzahs. Our community is blooming before our eyes. There is no doubt that we still have a lot of work to do, but it’s an honor to look back and see how far we’ve come, with gratitude to our new friends and all who have blessed us along the way!